Polling station in Sant Cugat del Valles.Catalan Regional Elections, December 2017, called by Spanish Primer Minister Rajoy following the October 1st referendum on independence, and the application of Article 155 of the Spanish constitution - an attempy by Spain to maintain its unity. While right wing anti-independence party Ciudadanos won the election, they didn't get a majority - a coalition of pro-independence parties instead restored the exiled Carles Puigdemont to the Catalan presidency. 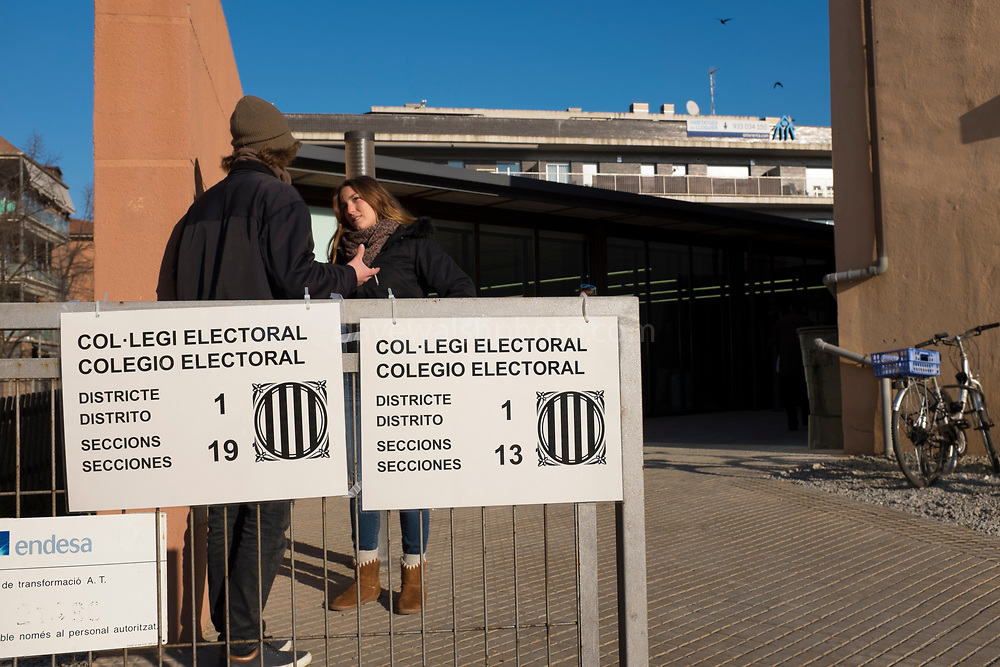