Justin Adams and Juldeh Camara playing at the Farmleigh Affair, Farmleigh House, Dublin, 3/08/2008....Producer, musician and composer Justin Adams has been described by Robin Denselow in the Guardian as 'Britain's answer to Ry Cooder' and "One of the two or three best guitarists in the country" by Charlie Gillett, BBC London....Adams and Camara are winners of the BBC Radio 3 Music Award 2008. Adams also plays with and produces Robert Plant. 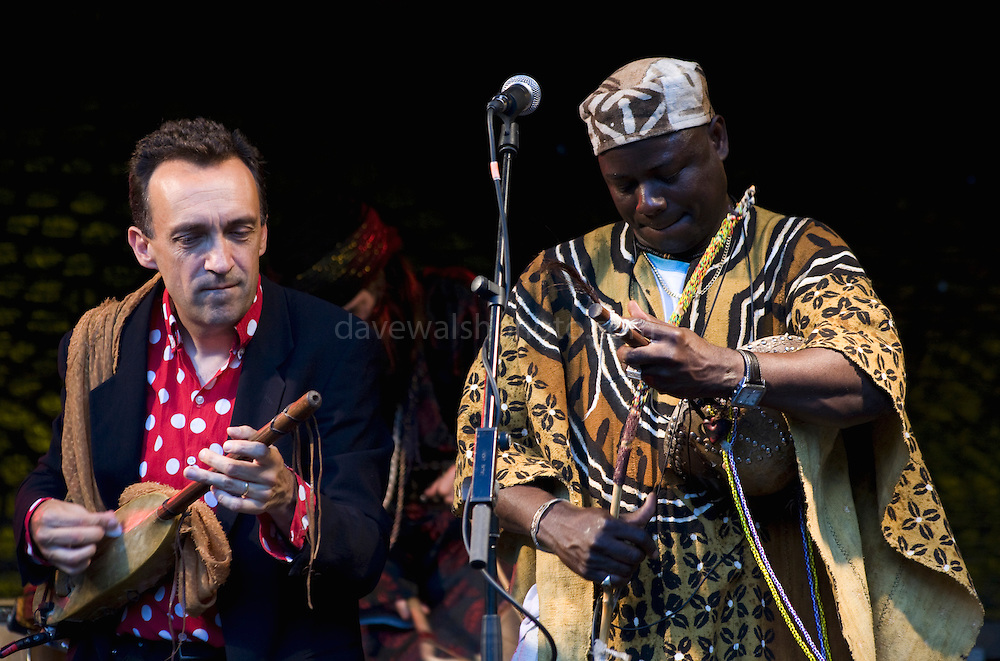