Greenpeace activists protest at the Embassy of Russia in Uccle, Brussels, Belgium following the seizure of the Greenpeace ship Arctic Sunrise in the Pechora Sea on Thursday September 19th, and the arrest of the crew. Greenpeace were in the Arctic to protest against oil drilling by Russian energy company Gazprom.
© Dave Walsh/Greenpeace 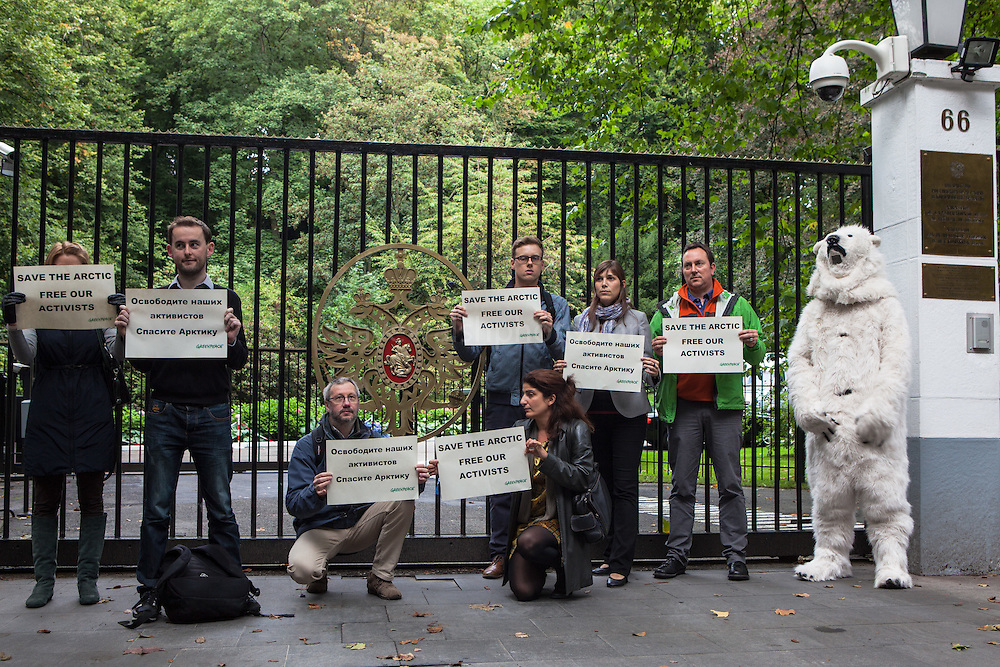