An official prepares the “urn” or ballot box. 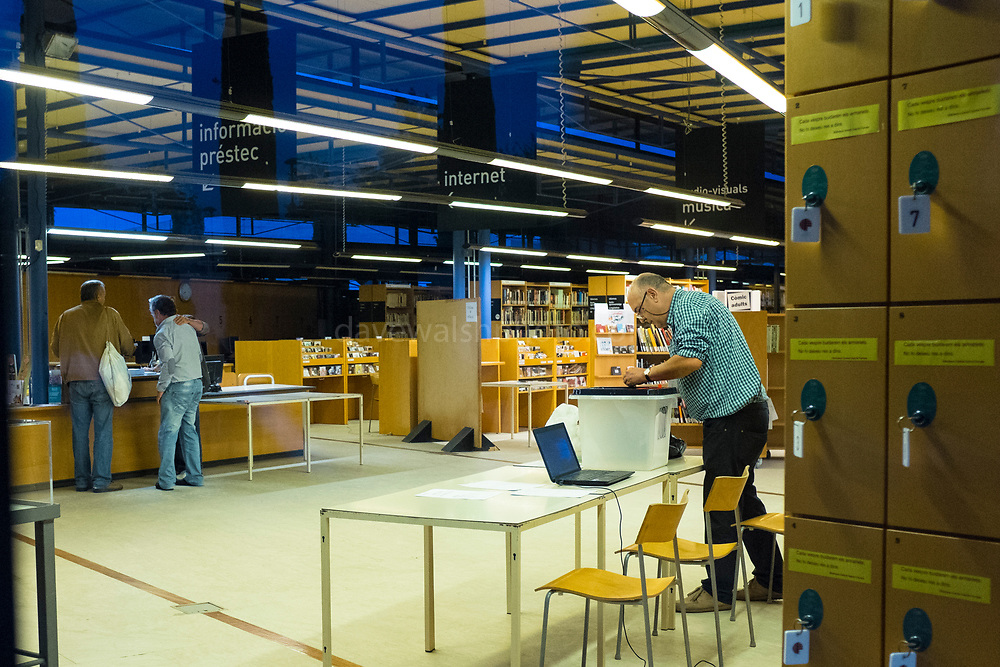