I kept spotting these little short beaked echidnas while driving in Tasmania, foraging around at the side of the road. I kept stopping to photograph them, but they either balled up like a hedgehog, or the light was bad, or the vanished into the bush. Finally, my efforts paid off.......The Tasmanian Echidna has more fur and less spines than its mainland relative. Echidnas eat ants, termintes and other small invertebrates, which is traps on its tongue using sticky saliva.....Australia's egg-laying marsupial mammal. Also known as "spiny anteater", is a mammal belonging to the Tachyglossidae family of the monotremes. It is the only surviving member of its genus in the latter order, together with the platypus. There are four species, living in New Guinea and Australia. The echidna is named after a monster in ancient Greek mythology.....The echidna, along with the Platypus, are the only egg-laying mammals, known as monotremes. The female lays a single soft-shelled, leathery egg twenty-two days after mating and deposits it directly into her pouch. Hatching takes ten days; the young echidna, called a puggle, then sucks milk from the pores of the two milk patches (monotremes have no nipples) and remains in the pouch for forty-five to fifty-five days, at which time it starts to develop spines. The mother digs a nursery burrow and deposits the puggle, returning every five days to suckle it until it is weaned at seven months...(Wikipedia)....But the real trivia - echidnas have a four-headed penis! "but only two of the heads are used during mating. The other two heads "shut down" and do not grow in size. The heads used are swapped each time the mammal has sex." (Wikipedia) 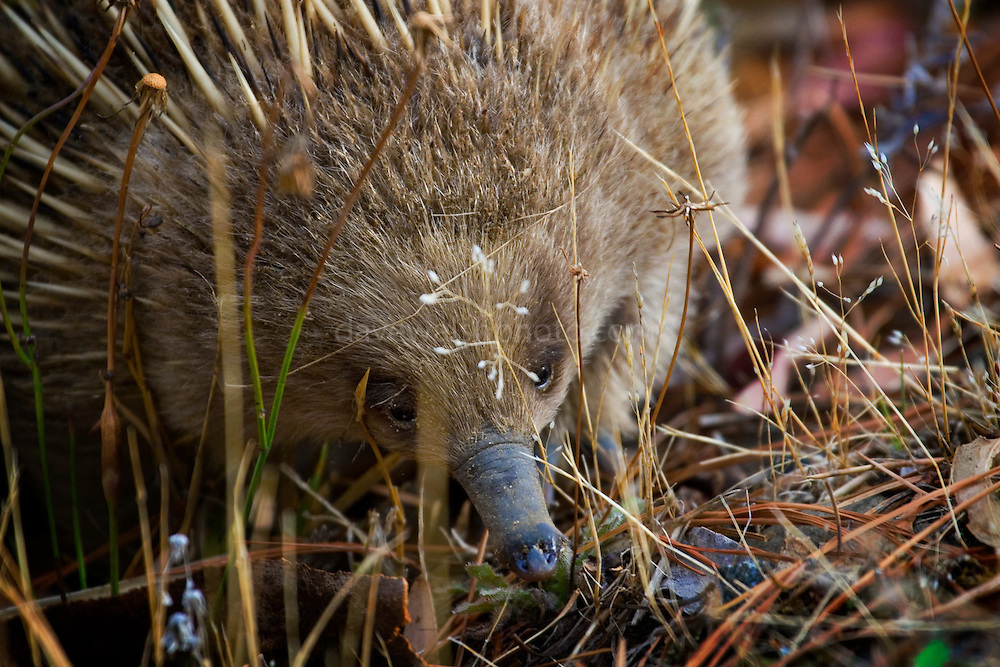