Dead trees in Lake Hume, Victoria. Lake Hume, or Hume Weir, is an artificial lake on the Murray River, east of Albury-Wodonga, and downstream from the river's junction with the Mitta River. Created in the 1930s, it is the furthest downstream of the major reservoirs on the Murray River system, and has the capacity to release water at the fastest rate. As a result, Lake Hume is used by Australian irrigation authorities as the storage of first resort. Lake Hume typically falls to less than one-third of its capacity by March each year, but during normal years fills to at least two-thirds capacity again before November. Changing climatic conditions have caused this to vary in recent years, and in 2007, Lake Hume to an incredible 1% of its capacity, barely more than the water in the Murray and Mitta rivers flowing through it. 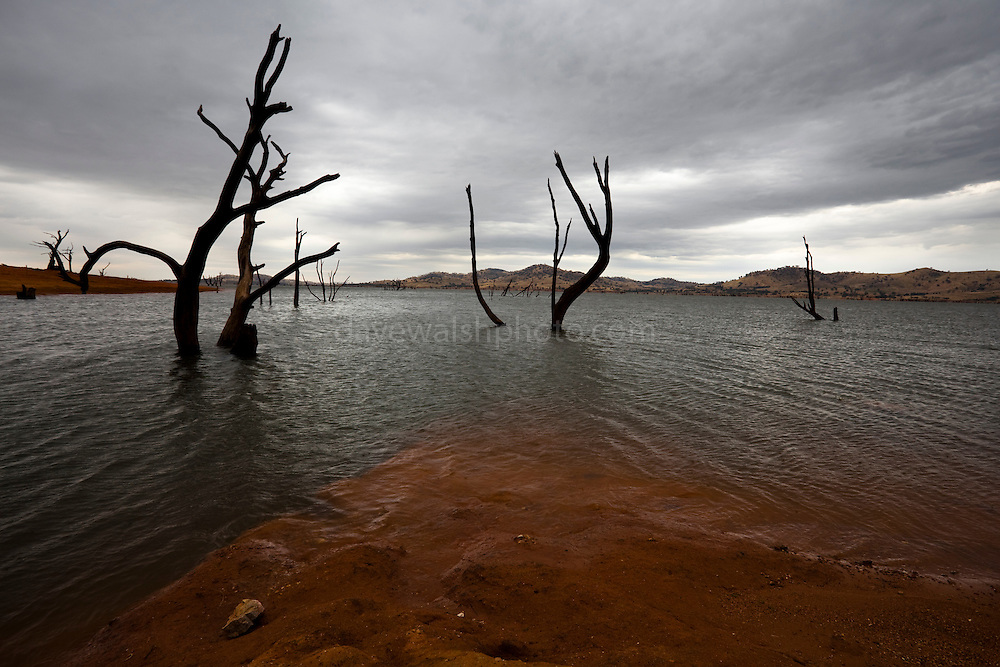