This 101 floor skyscraper, over 500m hight, is in Taipei, Taiwan. As of November 2007, it was the world's tallest completed skyscraper. Designed by C.Y. Lee & Partners and constructed by KTRT Joint Venture, it can be seen from all over Taipei and it is built to withstand typoons and earthquakes. The Burj Dubai in Dubai will soon overtake the Taipei 101 for height.....The main tower features a series of eight segments of eight floors each. In Chinese-speaking cultures the number eight is associated with abundance, prosperity and good fortune. In cultures that observe a seven-day week the number eight symbolizes a renewal of time (7+1). In digital technology the number eight is associated with the byte, the basic unit of information.....The repeated segments simultaneously recall the rhythms of an Asian pagoda (a tower linking earth and sky, also evoked in the Petronas Towers), a stalk of bamboo (an icon of learning and growth), and a stack of ancient Chinese ingots or money boxes (a symbol of abundance). The four discs mounted on each face of the building where the pedestal meets the tower represent coins. The emblem placed over entrances shows three gold coins of ancient design with central holes shaped to imply the Arabic numerals 1-0-1.[9] city 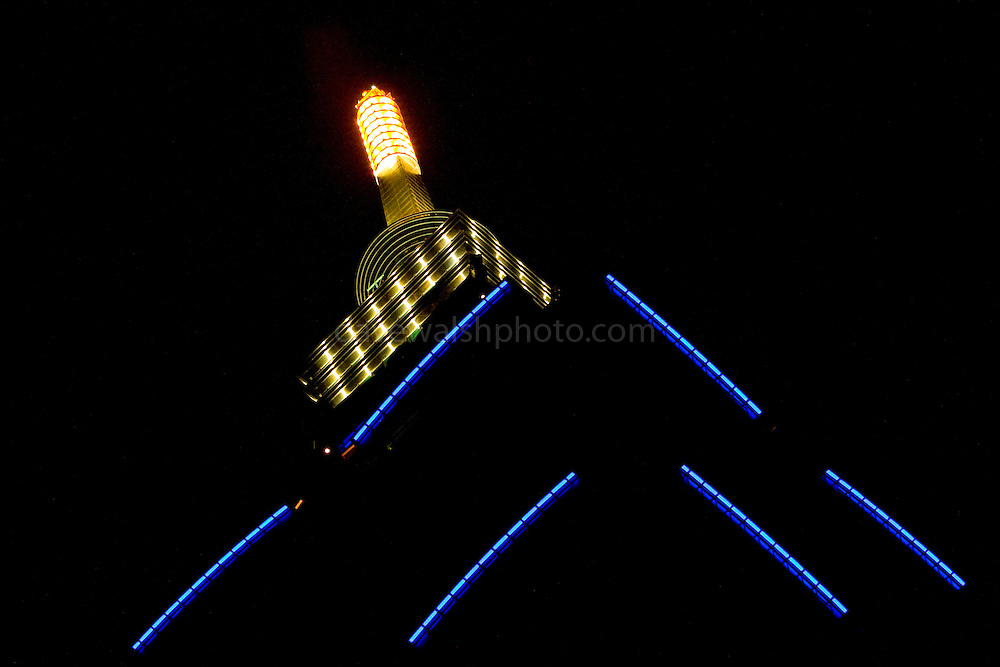