Statue of Lluis Companys, near Arc de Triomf, Barcelona. Companys was the President of Catalonia (Spain), from 1934 and during the Spanish Civil War. Exiled after the war, he was captured executed by firing squad in 1940, on the orders of the dictator Franco. 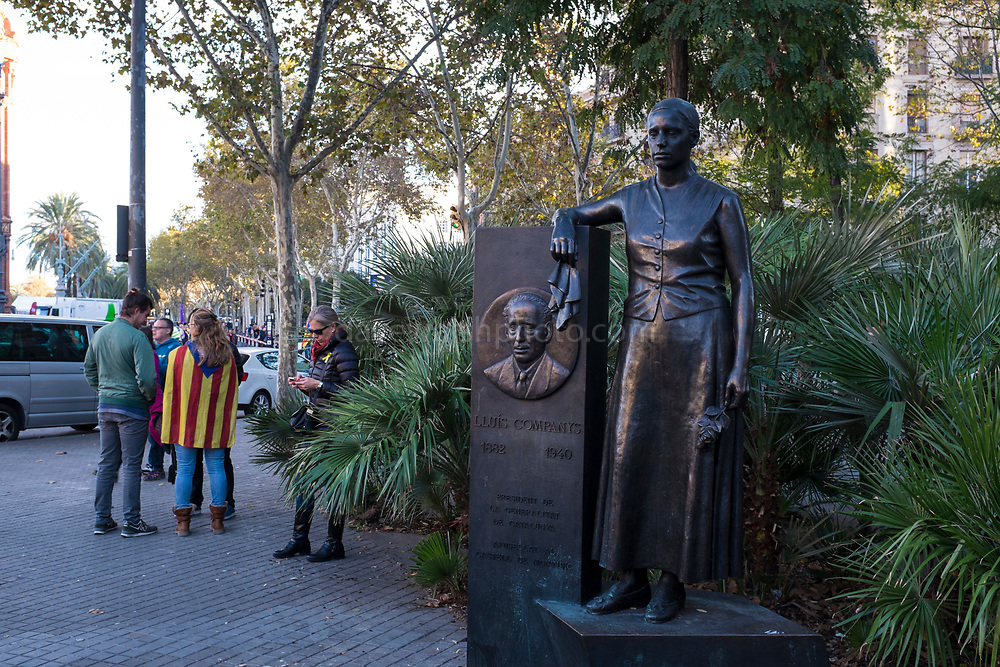