Tourists watch as a bison, or American buffalo, bull crosses 212, North East Entrance Road, the near the Yellowstone River, between Tower Junction and Lamar Valley, Yellowstone National Park, Wyoming. There's around 3,700 bison the park, of the Plains Bison subspecies. Yellowstone may be the only place where bison have not been hunted out of existence, although the population plummeted due to poaching at the turn of the 20th century. The population is still under threat - when they roam outside the park boundaries, and from claims that they transmit disease such as bas brucellosis to cattle. 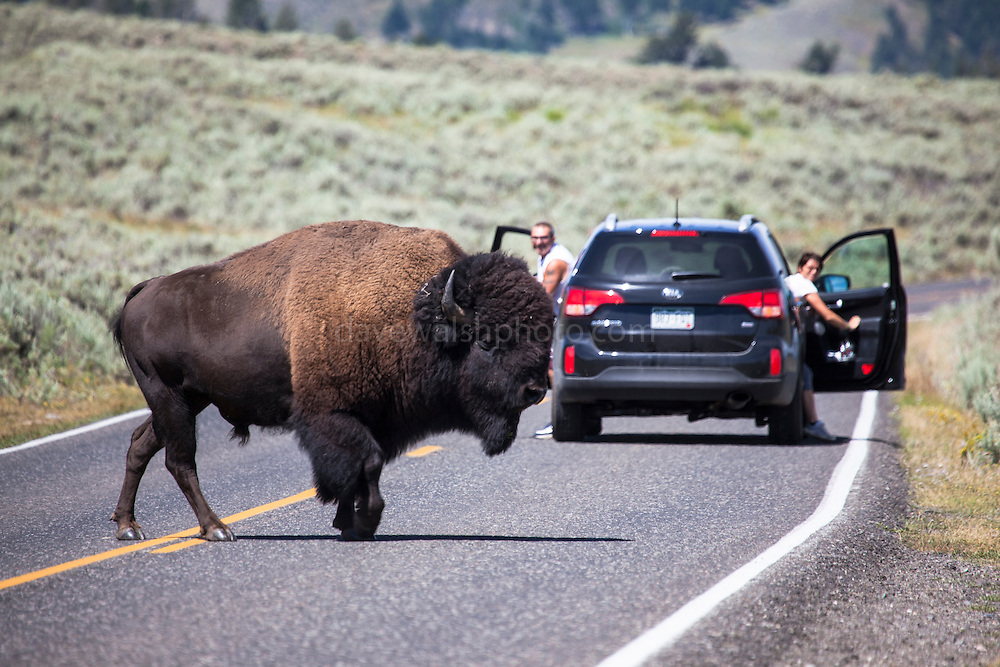