Armchair washed up on Dollymount Strand, Bull Island, Dublin, February 2009. While this image is instantly symbolic of out throwaway Western culture, it also speaks of how some of us in the west have lapsed into the luxurious idea that we're doing enough to save the environment. We might eat less meat, drive less, take less flights, recycle, vote Green, and change our lightbulbs, but as we sit smugly in our middle class armchairs, we should realise that despite our actions, sea levels are rising, and a "trash vortex" is now forming in the Atlantic Ocean. Are we really doing enough?This image is from an ongoing, long term photography project, on the use AND misuse of Bull Island, a 200 year old island, sandback and UNESCO Biosphere at the north end of Dublin Bay, Ireland. This collection plans to cover the wildlife - both human and other, and challenge the misuse of an elaborate ecosystem on the edge of Dublin city. 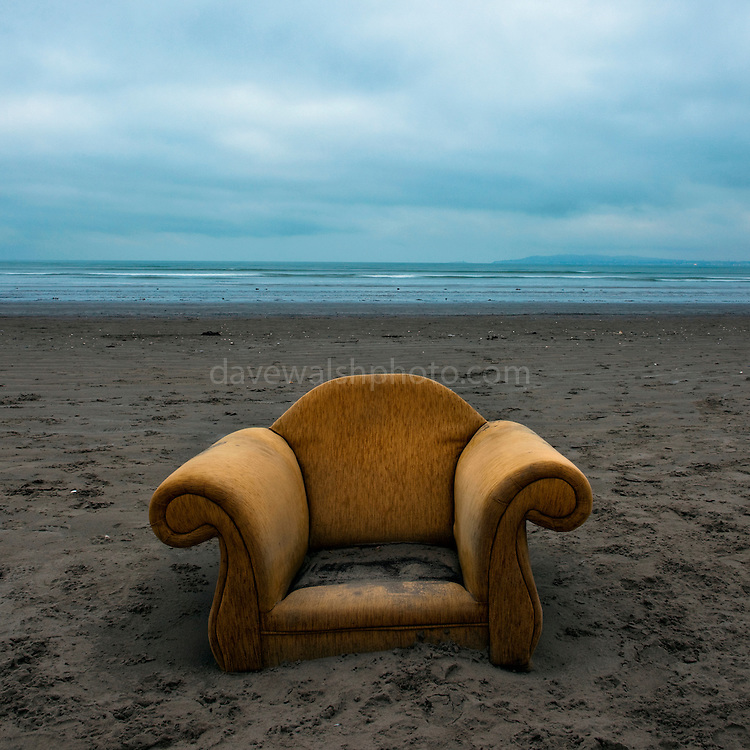