Tui, photographed on Tiritiri Matangi. Tui - known in English as the "Parson Bird" because of its white ruff. Spotted this on in a Pohutukawa tree on Tiri Tiri Matangi. They're quite plentiful on the island, and make lots of noise.They're clever birds, can can mimic lots of things - including humans and mobile phones - thank to their two voiceboxes! Some of the sounds they make are inaudable to humans - they're outside our spectrum of hearing. They're also quite agressive - I did see them involved in many tussles with each other as well as other species of birds on Tiritiri.....The Pohutukawa is also known as the New Zealand Christmas Tree. 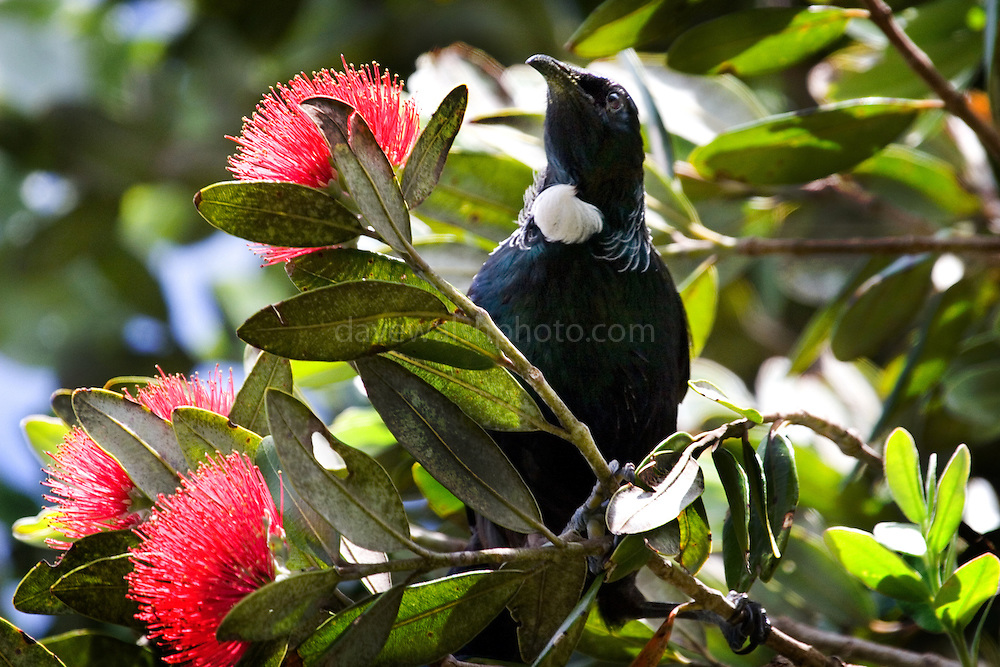