Tango, a captive Tasmanian Devil baths in a water pool in an enclosure at Taroona, outside Hobart, part of a government insurance programme against the extinction of the species in the wild by Devil Facial Tumour Disease, a contagious cancer that causes the animals to starve to death... The cancer, one of just a few known to be contagious, is only becoming understood by scientists, but having spread rapidly through the population, with the devil listed as endangered by the IUCN. In December 2009, it was announced that the disease may be related a peripheral nerve cell, called the Schwann cell, which has led some hopes for preserving the devil, at least in terms of quarantine insurance populations. 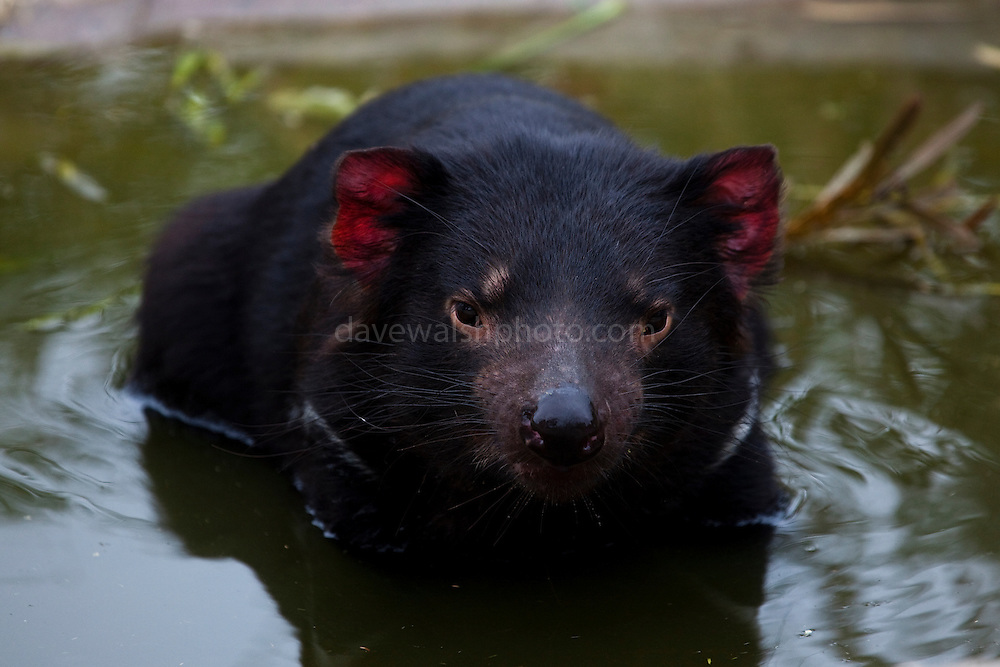