Bull moose playing in Cascade Creek, in Cascade Canyon, Grand Teton National Park. Coming along the trail, we spotted a cow and calf across the creek. Some willow bushes started rustling, and a bull appeared, then vanished again. More rustling splashing and general chaos, before he erupted out of the bush, onto the marshland, then back into the creek again several times before finally ending his afternoon cool off. 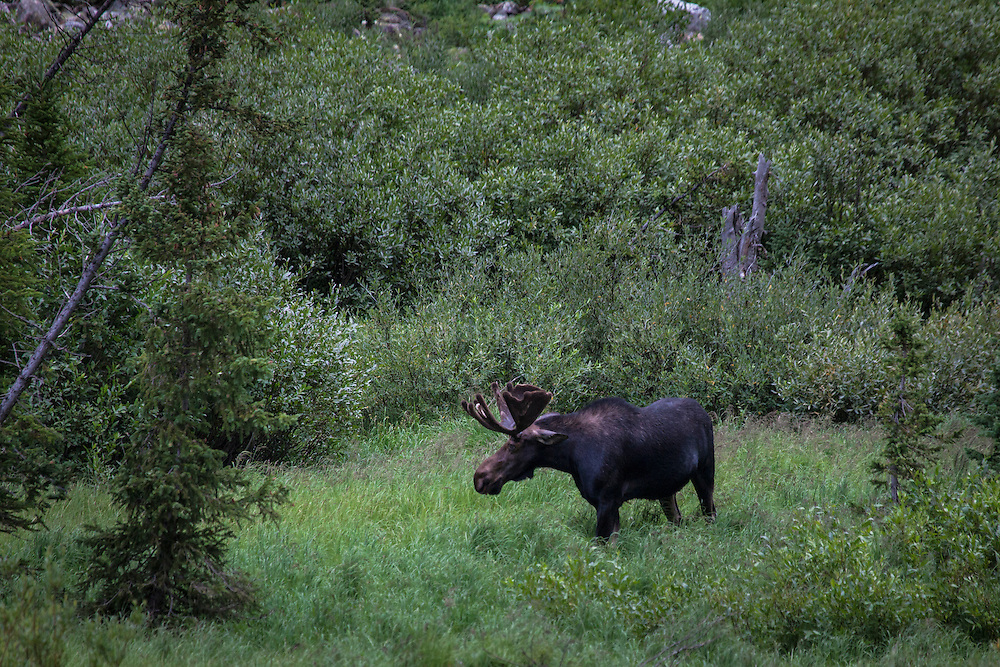