Flag of the Prince of the Saltee Islands, on Great Saltee off the coast of Co. Wexford, Ireland. This flag greets visitors to the island, along with a monument setting out the laws that govern the island. In December 1943 the Saltees were purchased by Michael Neale, who styled himself Prince Michael the First, and entered into a protracted dispute with the Irish authorities. After his death in January 1998 the islands are were passed on to his five sons Michael - now the prince, John Manfred, Paul, Richard, and his daughter Anne. The island is open to free daily visits for anyone who wants to visit and experience its incredible wildlife. The Saltees Flag is made up of three colours: black and red divided by a white banner, with seven stars, each representing Prince Michael and Princess Anne's children. The black star represents a child that died at birth. 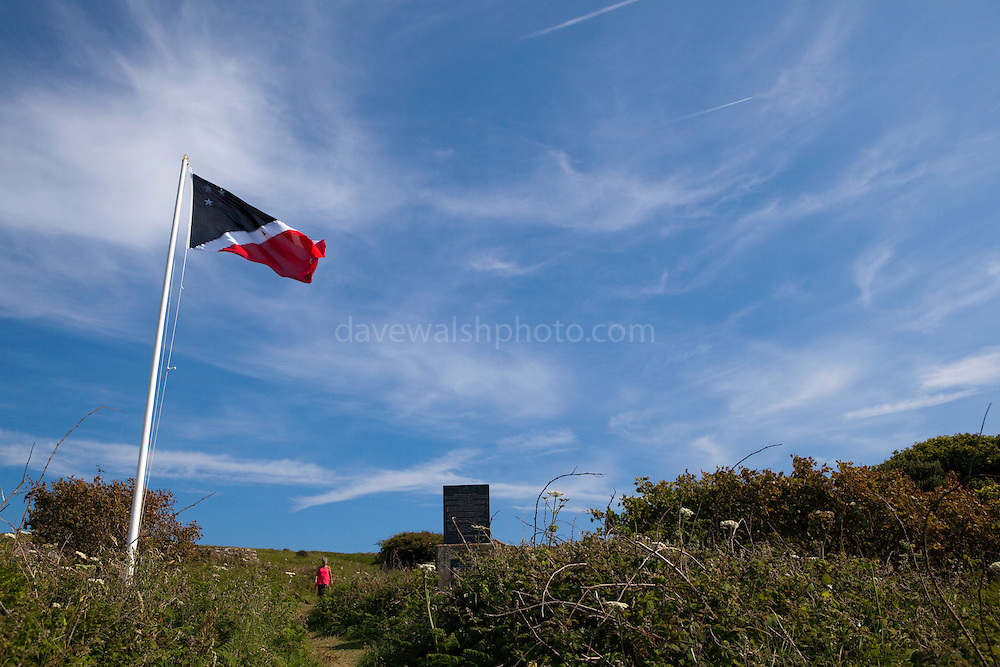