Us volem a casa! We want you home - in Catalan. More than 4000 people take to the streets of Sant Cugat del Valles, a town outside Barcelona, to protest the heavy sentences handed down by Spanish Supreme Court to Catalan politicians for alleged sedition, including local resident Raul Romeva, on October 14 2019, following the October 1 2017 independence referendum. Protests took place all across Catalonia today, including blocking of major road and rail routes, and the city’s airports, following the ruling. 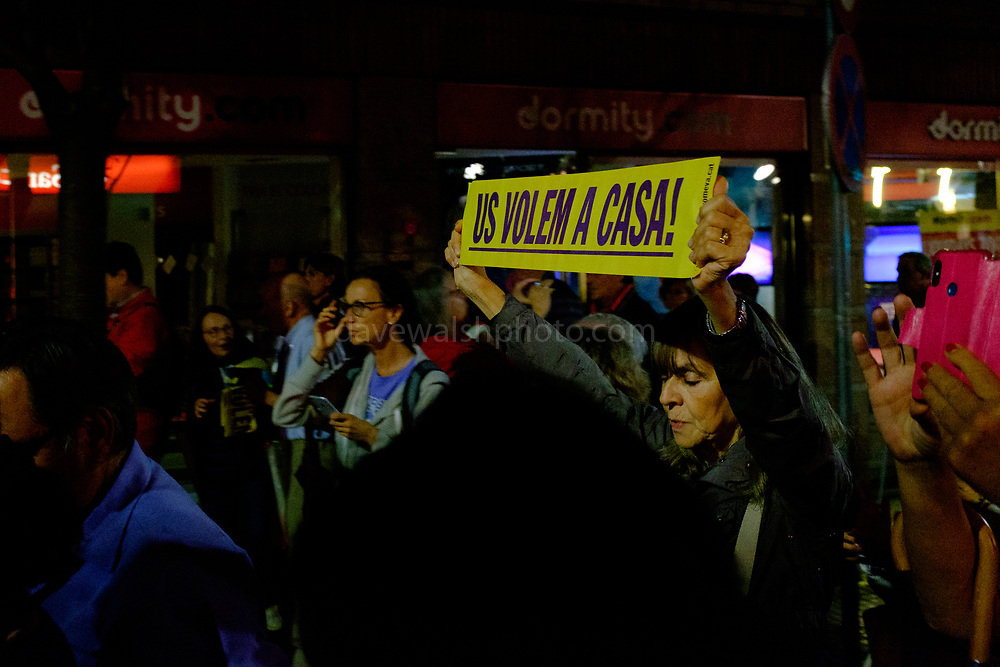