We Just Want to Vote - Franco Returns
During a pre referendum social event in Placa Octavia, Sant Cugat del Valles, with dancing and other traditional activities, including castellets, the human towers, pro independence activists question the actions of the Spanish government authorities following raids companies, government offices and political parties, the arrest of politicians and activists and the confiscation of referendum materials from the Catalan independence movement. Ordinary people have started printing and distribution of posters and have taken to the streets in response. Spanish authorities have threatened more than 700 Catalan mayors including the mayor of Sant Cugat, politicians, school principals, and media with prosecution if they go ahead with the referendum. 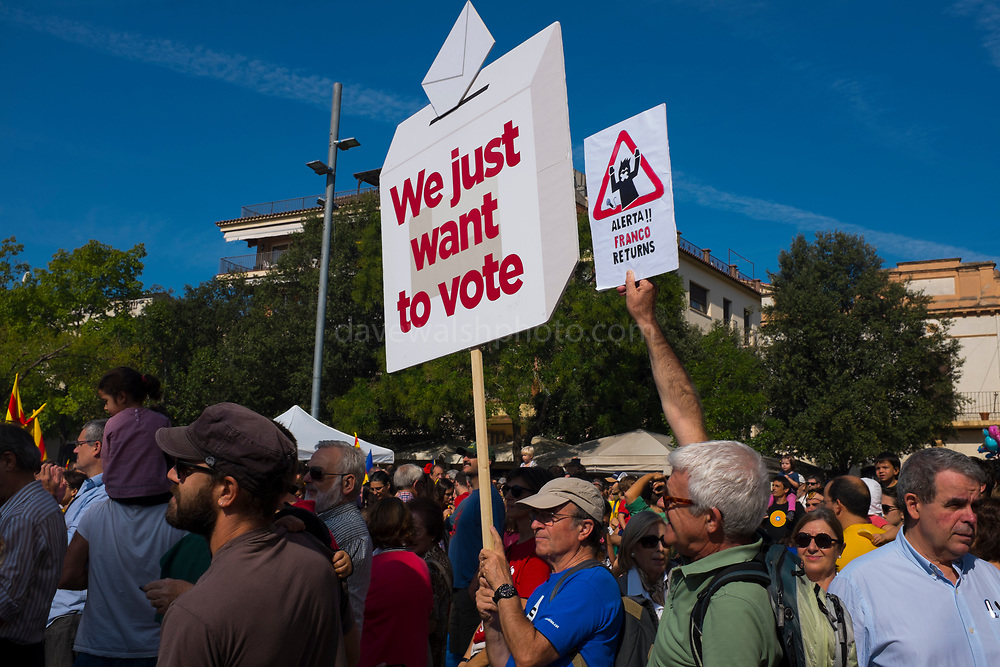