Firemen at the Biblioteca Central Gabriel Ferrater, Sant Cugat del Valles, just outside Barcelona. Catalonia’s firemen were joined by Basque firemen in a pledge to protect voters during the October 1st referendum on independence. Elsewhere in Catalonia, they were attacked by Spanish Guardian Civil and Policia Nacional. One of the firemen, Oriol said “we just want to protect people”. 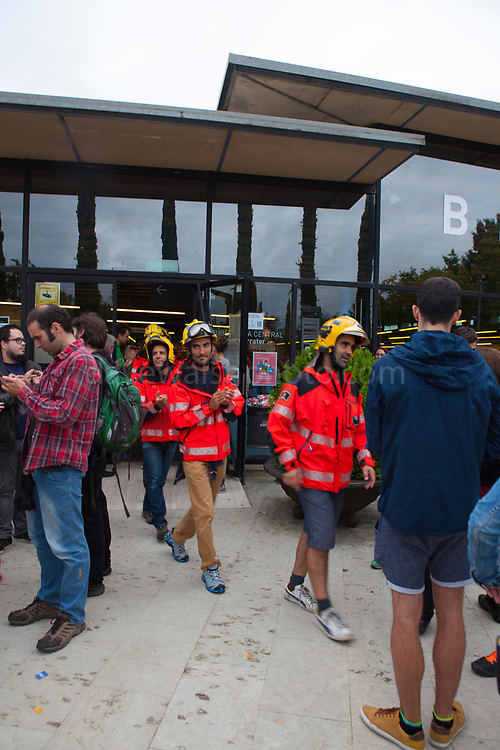