As of August 2008, Liberty Hall is still the tallest storyed building in Dublin - at just 59m, that's quite remarkable. The 16-floor headquarters of the Services, Industrial, Professional, and Technical Union (SIPTU) was designed by Desmond Rea O'Kelly and built on Eden Quay between 1961 and 1965, and is slated for demolition in 2009.....Liberty Hall was built on the site of an earlier building of the same name that became a rebel stronghold during the 1916 rising. It was in bad shape after being shelled by British troops, but was rebuilt. However, it was found to be structurally unsound in the 1950s and replaced with the current skyscraper, as the headquarter of what was then the Irish Transport and General Workers Union (ITGWU)....Dart and Dublin buses also in the photograph. 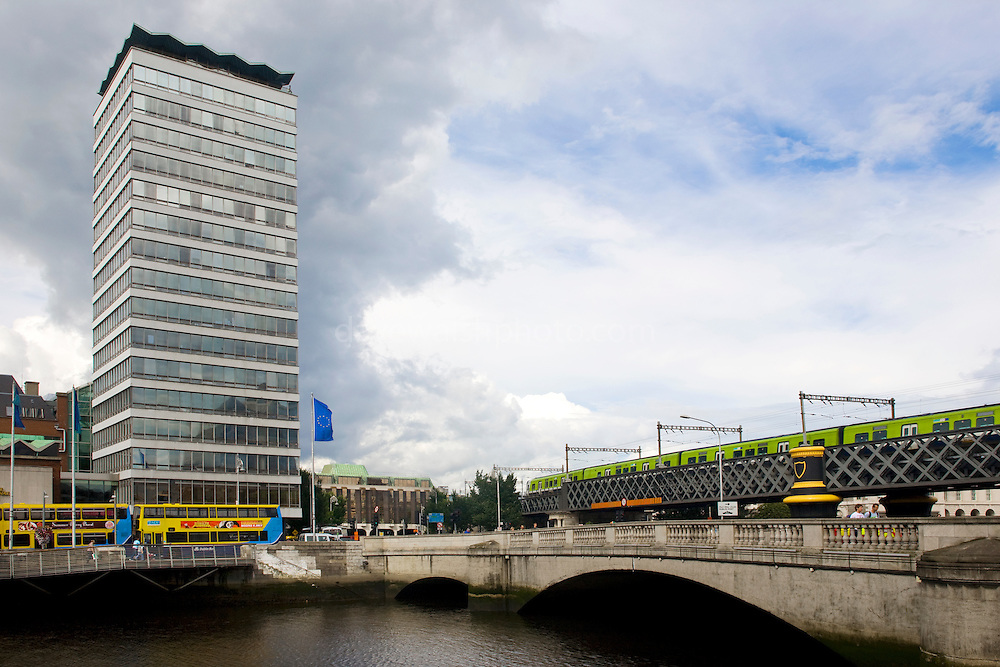