The Ha'penny Bridge, known later for a time as the Penny Ha'penny Bridge, is a pedestrian bridge built in 1816 over the River Liffey in Dublin, Ireland. Originally called the Wellington Bridge (after the Duke of Wellington), the name of the bridge changed to Liffey Bridge, its official name to this day. It is still commonly known as the Ha'penny Bridge. The toll itself was dropped in 1919; before this there were turnstiles either end of it.. 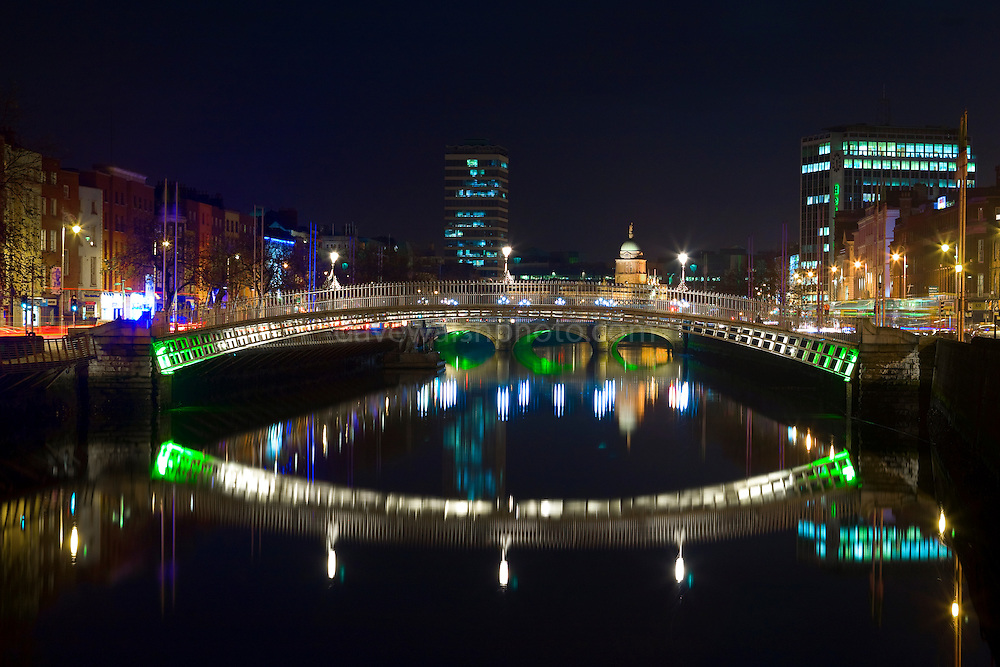