Five-star luxury hotel in downtown Dublin.....The Shelbourne Hotel was started in 1824 by Tipperaryman Martin Burke , when he bought three adjoining town houses on Dublin's St Stephen's Green. Burke named the fancy new hotel The Shelbourne, after William Petty, 2nd Earl of Shelbourne.....In the early 20th century, Alois Hitler, Jr - the half brother of Adolf Hitler worked in the hotel while in Dublin. In the 1960s, Sybil Leek and Hans Holzer claimed to have discoved a ghost in room 526.....John McCurdy designed the hotel and the studio of M. M. Barbezet of Paris cast the four external statues, two Nubian Princesses and their shackled slave girls...

Update, in 2020, following the rise of the Black Lives Matter movement, the hotel removed the statues, after it was assumed they depicted slaves - but later reinstated when it was decided that they were not representing slaves. 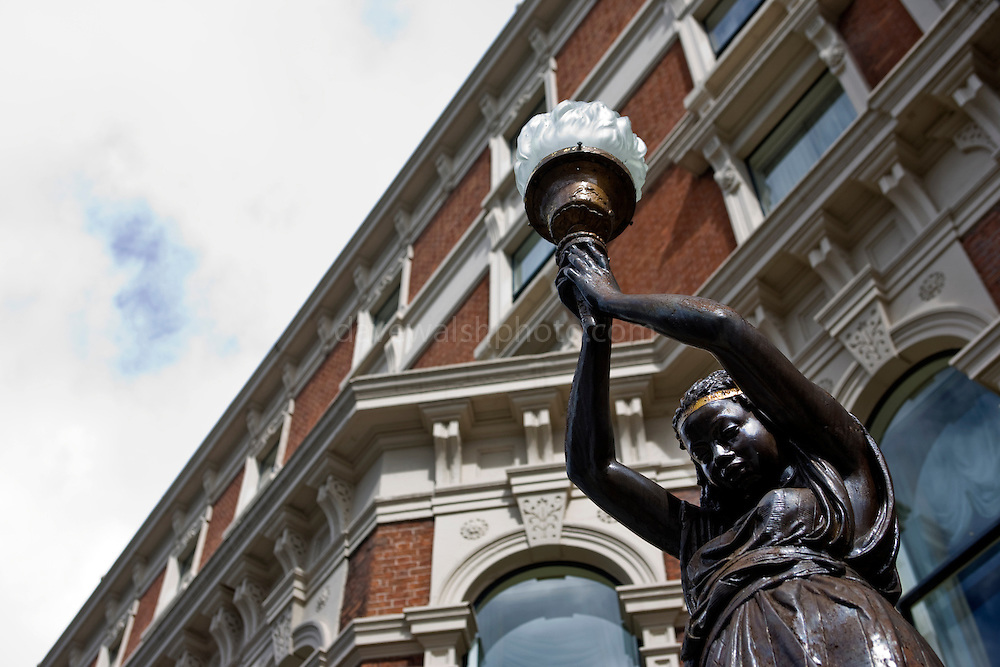