Arctic Nocture in Solidarity with Arctic 30

Dave Walsh talking about his Arctic photographs, his time on Greenpeace ships, and his friends currently being held by Russian authorities in Murmansk. "There's six billion people on this planet, we can't leave it up to 30 activists to be our consience". Arctic Nocturne Event in Support of the Greenpeace 30 Activists at the Bibliotheque de Laeken, in Brussels, with speakers Neil Hamilton of Greenpeace, IPCC contributor Philippe Huybrechts and photographer Dave Walsh. Photograph by Ryan le Garrec. 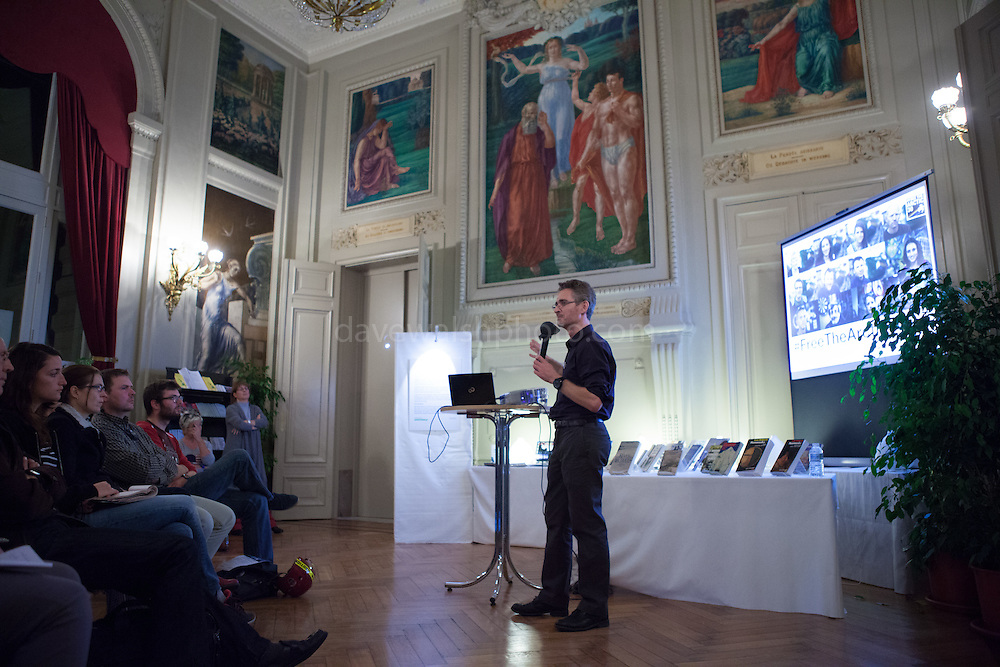