Biologist Drew Lee and volunteer Moira Graham from the Save The Tassie Devil program transferring a wild Tasmanian Devil from a trap to a sack, so that it can be checked for Devil Facial Tumour Disease - it turns out to be free of the disease, and is released back into the wild. DFTD is contagious cancer that scientists are only beginning to understand, but has spread rapidly through the population, leaving the devil listed as endangered. In December 2009, it was announced that the disease may be related a peripheral nerve cell, called the Schwann cell, which has led some hopes for preserving the devil, at least in terms of quarantine insurance populations. The scientists are trapping and monitoring the animals here on the Forestier Peninsula as part of a programme to control the further spread of the disease and to create insurance populations. 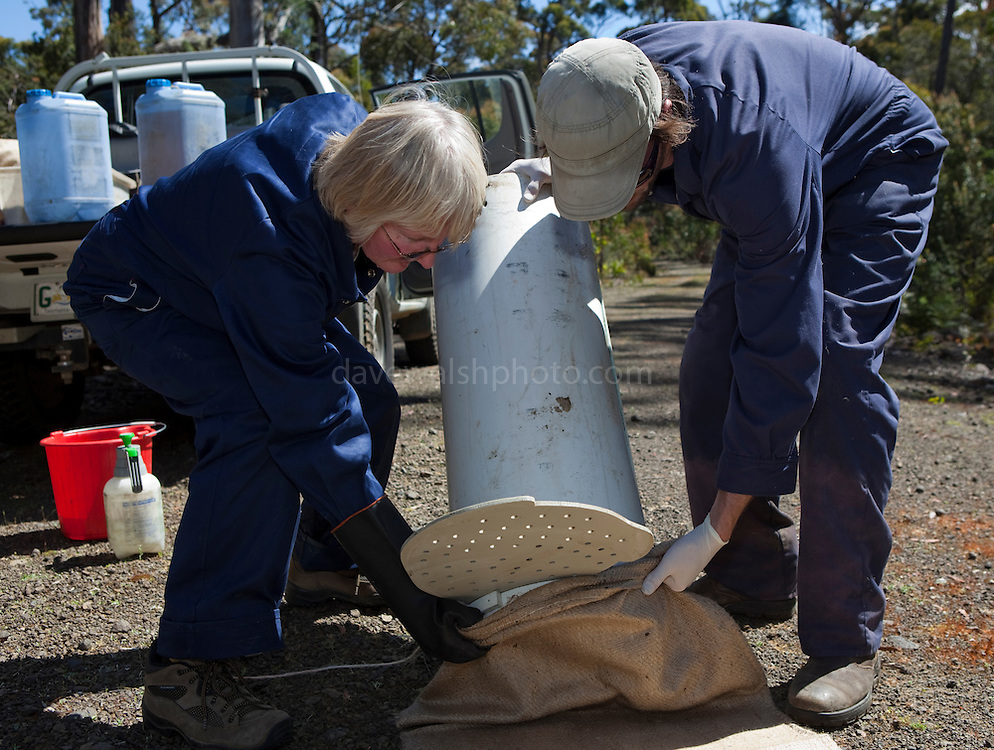