Grischa Janorschke from NetApp team lying on the ground after crashing at the beginning of the Forest of Arenberg, in the Paris Roubaix professional cycling race classic, won in 2012 by Belgian Tom Boonen - for the fourth time. The 256.5km race runs from Compiègne, near Paris, to Roubaix, northern France, crossing 51.5km of pavé - ancient cobblestones, along the way. Janorschke fell after puncturing on the cobbles, and reportedly fractured his elbow from the impact. Guillaume Van Keirsbulck is the rider standing up on the left, while Guillaume Van Keirsbulck is attempting get back on his bike. 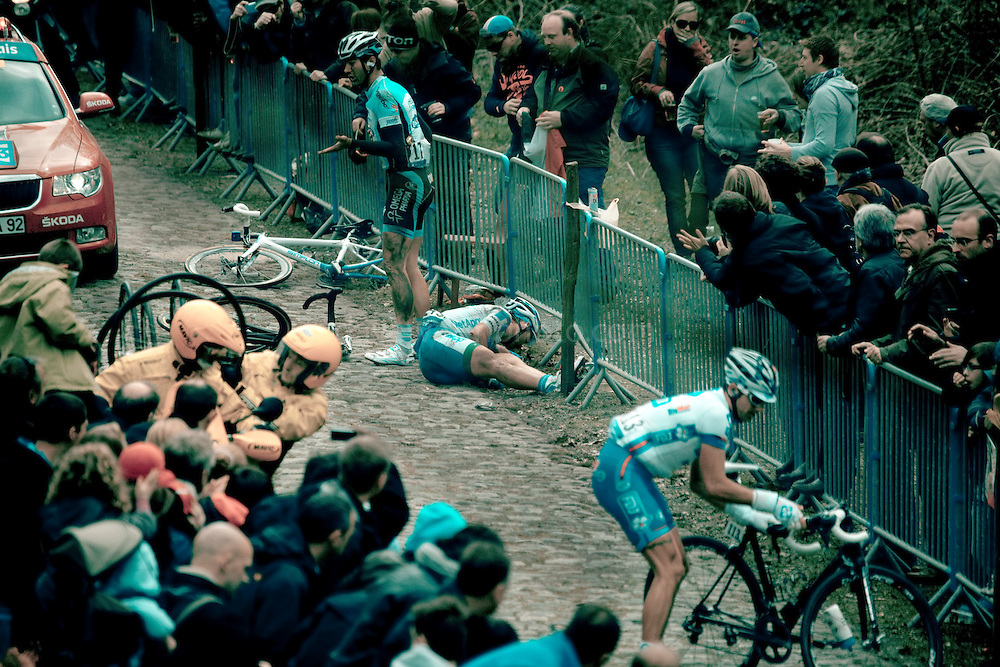