Tieke, Saddleback, on Tiritiri Matangi island, New Zealand. Largest of the arboreal insectivores in New Zealad's forest ecosystem, they're classed vulnerable. They're not shy. This one gave our yards to me for being anywhere near it's water bath! ....The recovery of the Saddleback is considered by many to be one of New Zealand's greatest conservation success stories.....There are two sub-species: North Island saddleback (Philesturnus carunculatus rufusater) and South Island saddleback (P.c.carunculatus). All saddlebacks are extinct on the mainland, and live either in captivity or on islands. The most endangered of the two species is the South Island saddleback, with only 650 birds in existence. There's several thousand North Island Saddlebacks now. 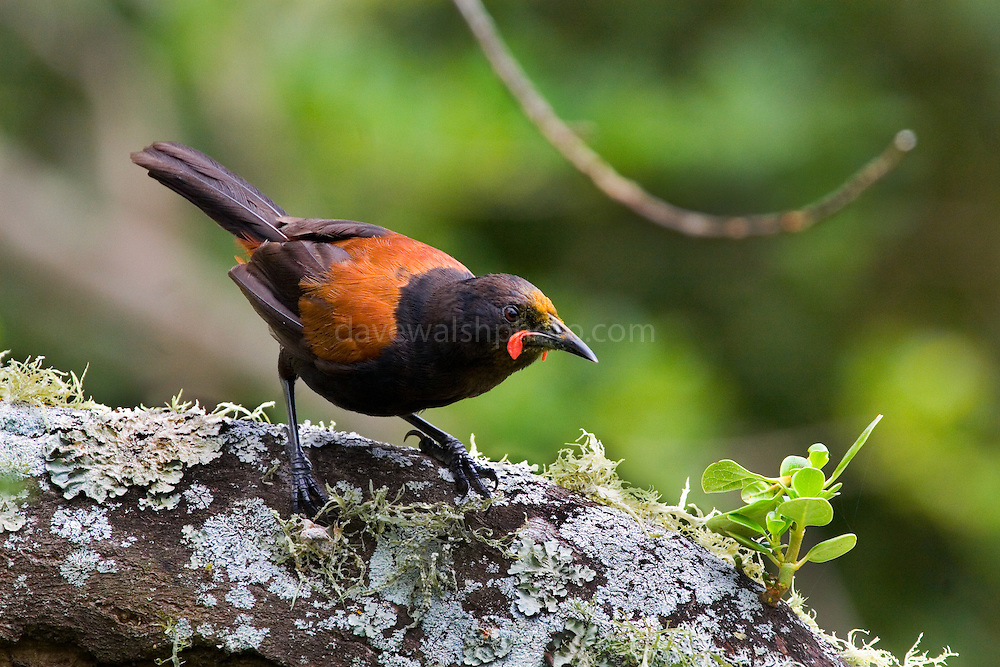